CALLED BY A VIKING SERIES

Called by a Viking is a time travel romance series about modern women travelling back in time into the arms of strong alpha viking men.

If you like being taken away through time, and exploring an era long past through the eyes of a contemporary strong woman — then you’ll love this series! 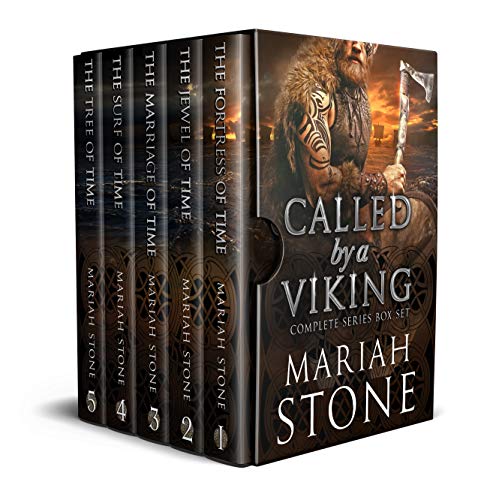 Called by a Viking Series
(Box Set of all 5 Books)

The Called by a Wiking complete box set has 5 books and 900+ pages. It features modern, time-traveling women and the sexy, ancient warriors who love them. 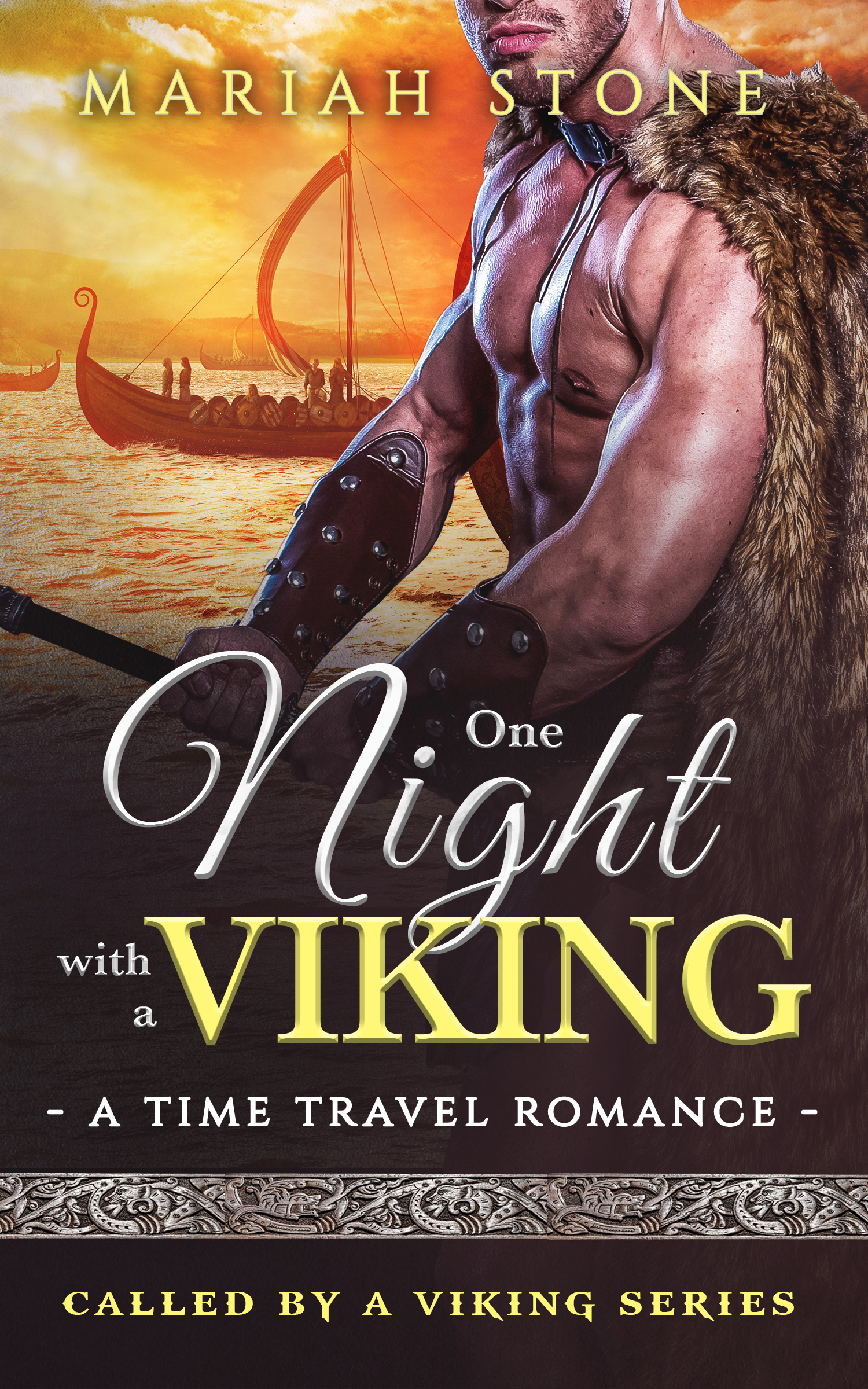 One Night with a Viking (Free Prequel)

She’s settling for second best. He’ll take what he wants. Can a cautious modern woman find true love with a raging alpha Viking? 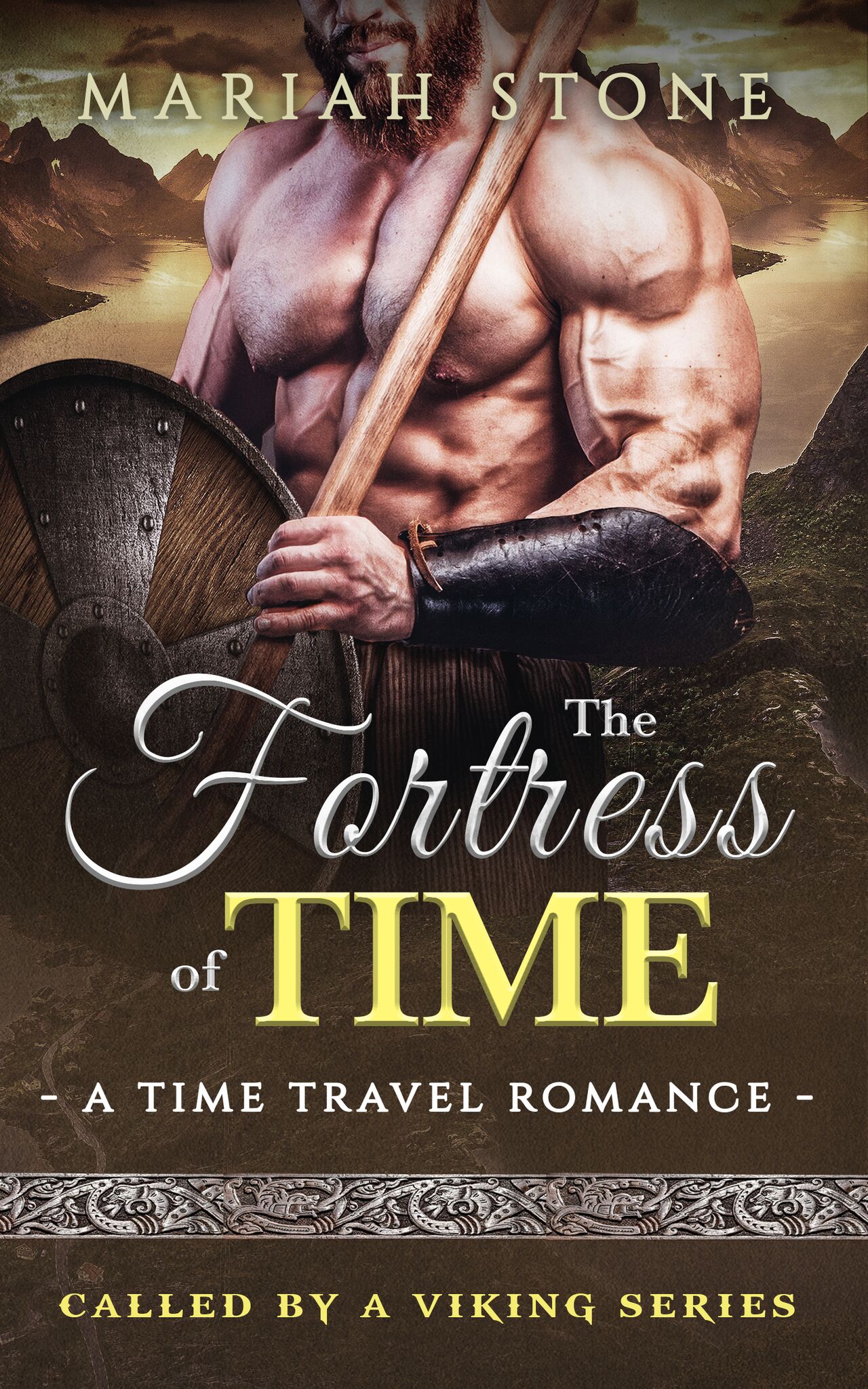 She rights wrongs on the behalf of womankind. He wields a bloody battle-axe. What happens when a modern feminist stares down a hunky Viking? 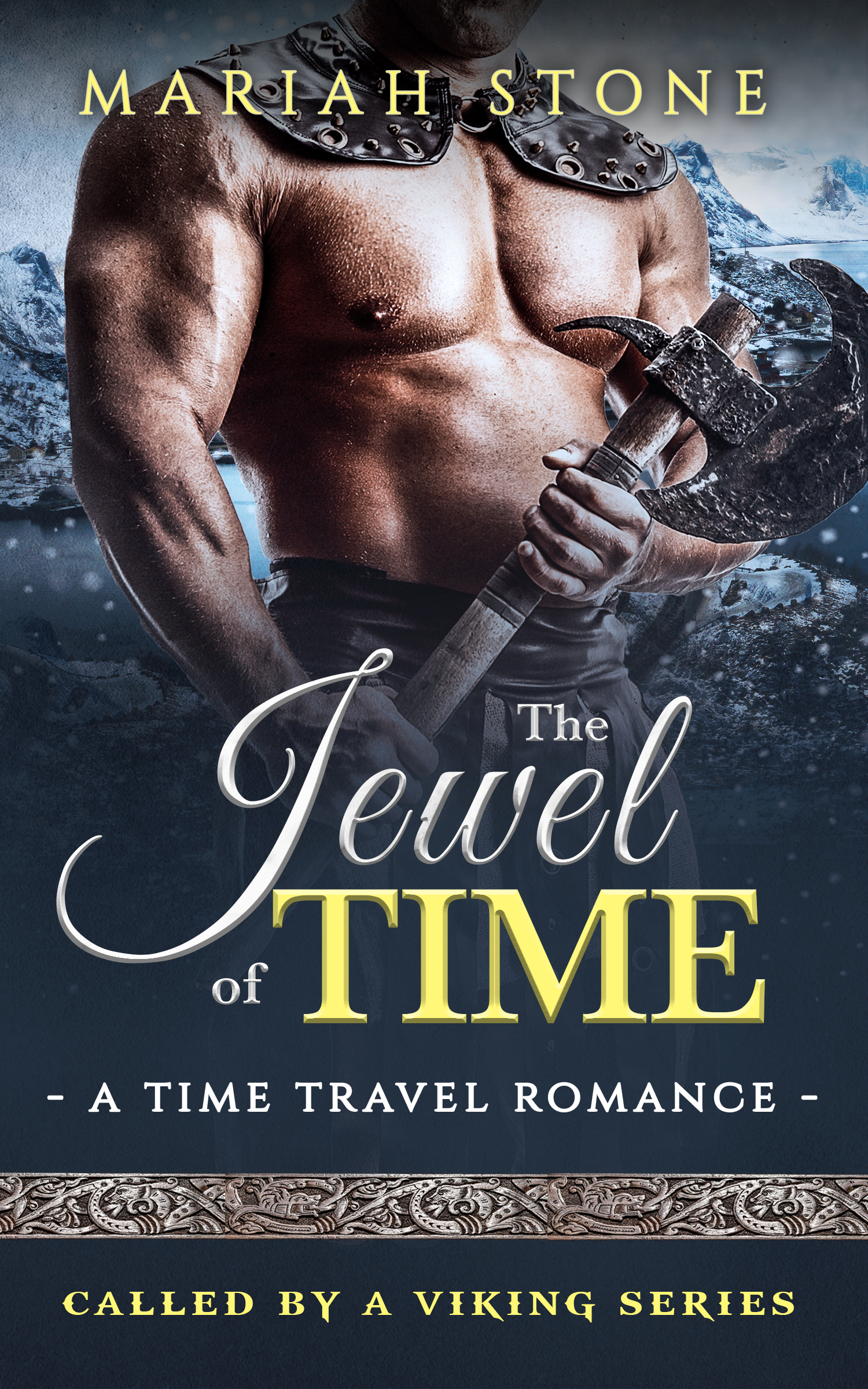 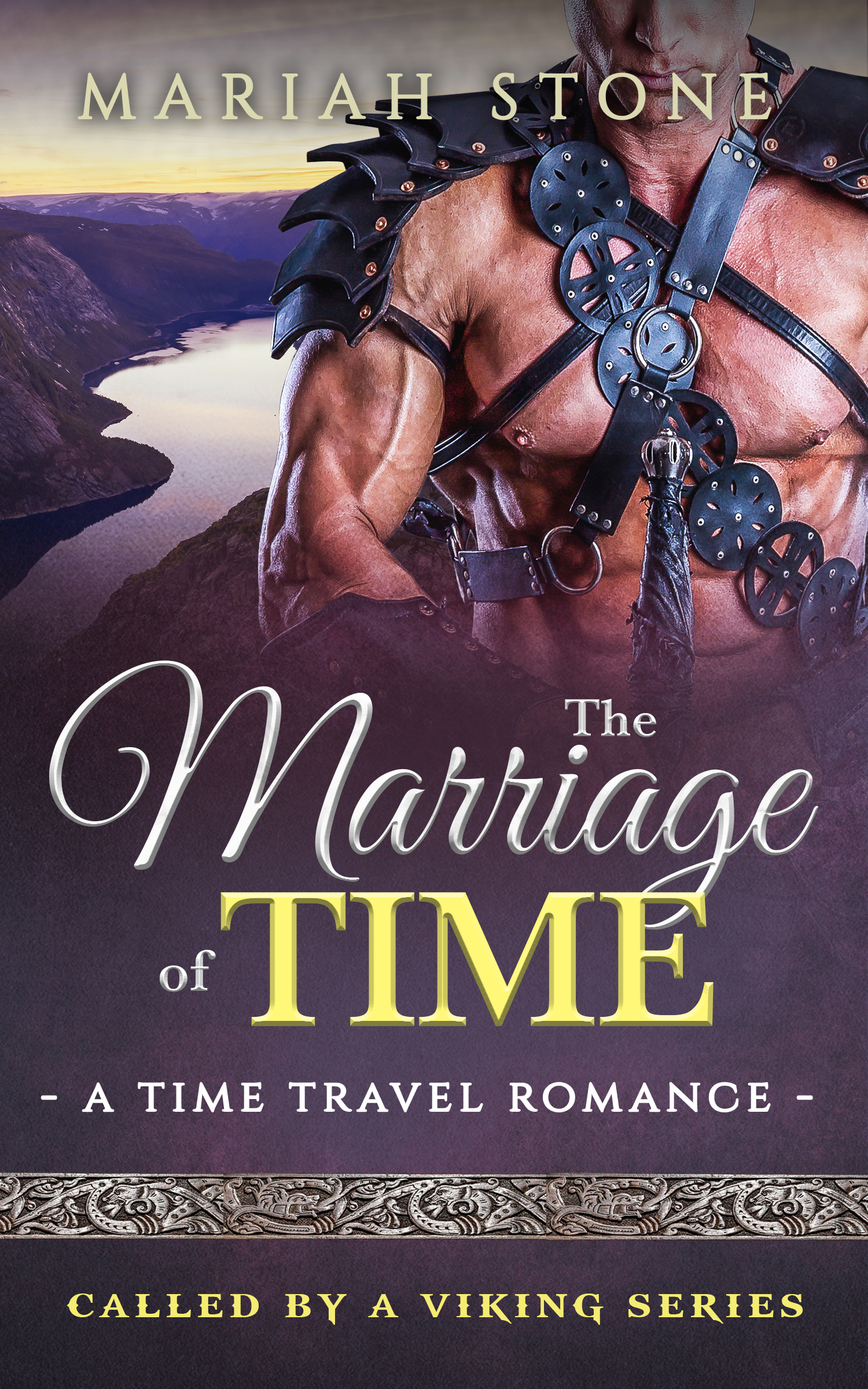 AShe’s on the run. He has a Viking vendetta. When they unite through history, will they find doom or destiny? 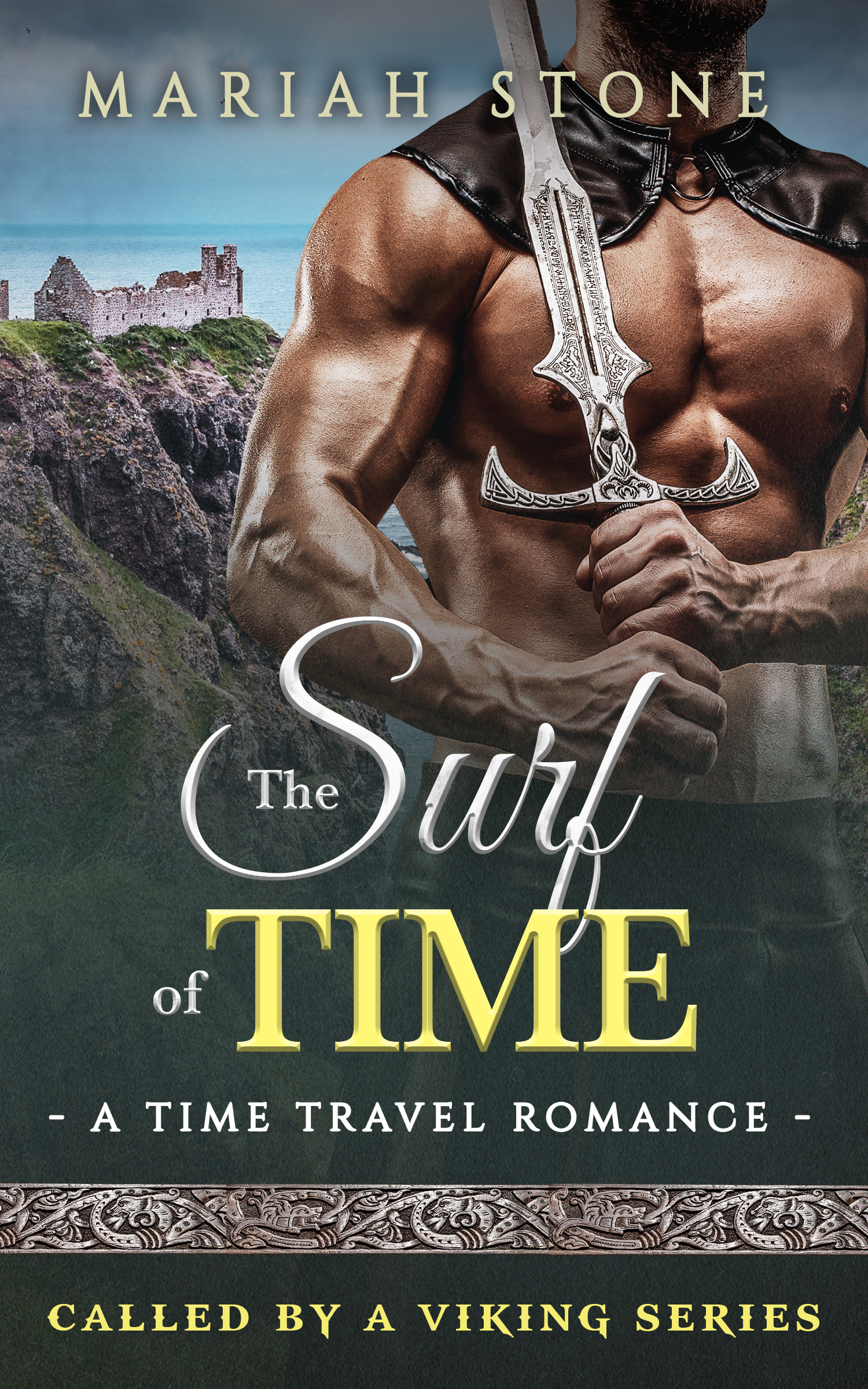 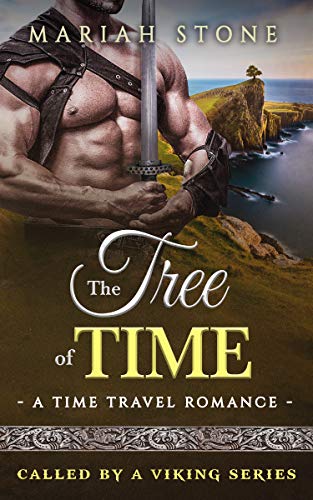 Called by a Viking Series Book 1-5

The Called by a Viking complete box set has 5 books. On over 900+ pages, it features modern, time-traveling women and the sexy, ancient warriors who love them.

The Fortress of Time: Can a discrimination lawyer and the battle-clad Viking of her dreams overcome a millennium-wide cultural gap in time to stop enemies from pillaging their happily ever after?

The Jewel of Time: She’s stealing from the past. He’s guarding his future. Trapped together in the eye of a storm, will the thief and her fierce warrior realize the only thing of true value they stand to lose is their stubborn hearts?

The Marriage of Time: A woman determined to protect her unborn child finds herself whisked into the arms—and marriage bed—of a Norseman with an agenda of his own. When a deadly outbreak strikes and their secrets are revealed, will their love be enough to keep them alive?

The Surf of Time:  A grieving Viking and a broken-hearted yoga teacher discover a timeless connection. With hidden dangers closing in, can they overcome their painful pasts to take a shot at love?

The Tree of Time: Can a contemporary business woman afford to stay in the past with the passionate Viking who has given her the only thing she’s ever truly wanted? Or is the risk to her safety—and heart—simply too great?

Bonus epilogue for the series unavailable anywhere else.

“Enjoy the time machine you will be warped into. Alpha men and intelligent women. Love, war, issues across time, old cultures and new…this has something for everyone.”  – an Amazon reviewer.

Buy The Complete Called by a Viking series box set to discover a passion that spans history today!

The Fortress of Time

Called by a Viking series Book 1

She rights wrongs on the behalf of womankind. He wields a bloody battle-axe. What happens when a modern feminist stares down a hunky Viking?

New York discrimination lawyer Donna relentlessly pursues justice for women. But her secret attraction to alpha males is her only weakness, and she can’t resist the sexy battle-clad Viking of her nighttime fantasies. Just when she’s about to say “yes” to the tempting giant, she realizes with a shock that she’s not in a dream at all—she’s actually back in ancient Norway!

Sigurd loves his people and vows to keep them safe, but his village fortress desperately needs rebuilding. After losing a bloody battle, he doesn’t have enough men left to shore up their defenses and he staunchly refuses to allow the women to help. But when a blonde goddess appears out of thin air, what else could it be but an omen?

As Donna’s women’s lib battles Sigurd’s Viking male arrogance, enemies close in for the attack. Can the lawyer and the warrior see past their millennium-wide cultural differences, or will vicious raiders pillage their chance at love?

The Fortress of Time: A Time Travel Romance is the first book in the sexy Called by a Viking series. If you like powerful Nordic rulers, intelligent female characters, and steamy intimate connections, then you’ll love Mariah Stone’s racy Norwegian tale.

Buy The Fortress of Time to let your defenses down for a hot Viking adventure today! 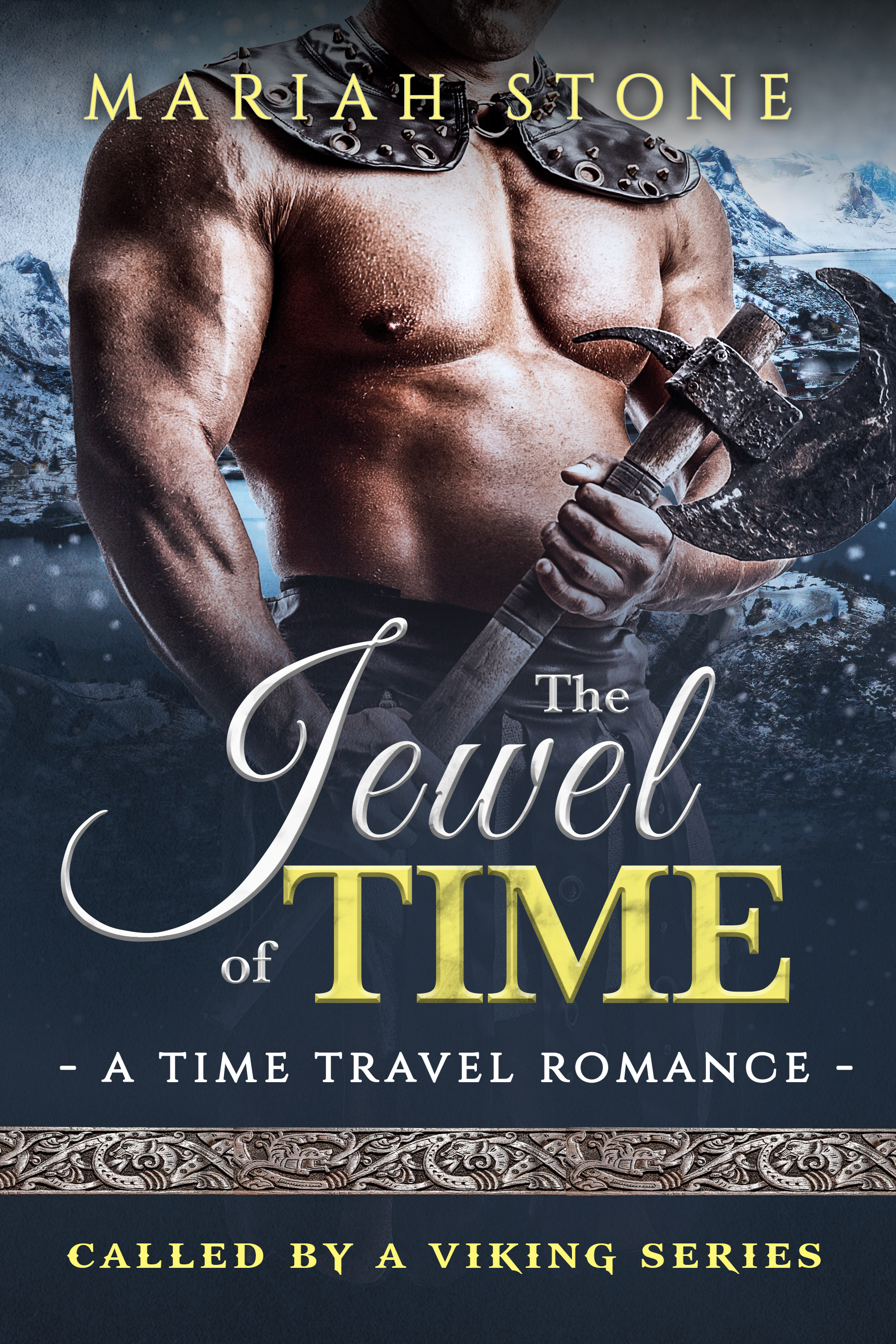 The Jewel of Time

Called by a Viking series Book 2

Chicago, 2018. Rachel will do anything to secure her mother’s kidney transplant. She just never thought her cash-rich solution would come from traveling back in time to a world of Vikings. As she pockets valuable jewelry from the past to pay for her mother’s future, she’s stopped in her tracks by a stunning Nordic warrior…

Norway, 874. Kolbjorn longs for his father’s approval. Born a bastard, the Viking rejoices when his father promises to accept him… if he successfully safeguards a cache of valuable gemstones. But when a glowing goddess appears out of thin air to steal the jewels, his heart stands in the way of his sword.

As Rachel gets closer to raising the funds, Kolbjorn fears he’ll never capture the beautiful thief. But neither expect the massive snowstorm that forces them together for the night.

Will Rachel defy the fierce warrior or will her mission of mercy submit to primitive passions?

The Jewel of Time is the second book in the steamy Called by a Viking time-travel romance series. If you like alpha Vikings, resourceful heroines, and sizzling chemistry that crosses a millennium, then you’ll love Mariah Stone’s blisteringly hot adventure.

Buy The Jewel of Time to get up close and personal with a Nordic warrior today!

The Marriage of Time

Called by a Viking series Book 3

She’s on the run. He has a Viking vendetta. When they unite through history, will they find doom or destiny?

Boston, 2019. Mia is desperate to protect her unborn child. Under her mafia boyfriend’s watchful eye, the pediatrician is out of options until a Norn transports her back in time. Swept off her feet by a muscular Norseman who calls her his betrothed, she plays along for safety until his touch gives her so much more…

Norway, 874. Hakon the Beast’s offer to marry the daughter of his enemy is part of a murderous scheme. Obsessed with destroying the king who killed his mother, he expects to feel nothing for his bride. But when she’s the complete opposite of what he expected, Hakon’s cold-blooded quest could melt under his burning desire.

When a deadly outbreak reveals both of their secrets, Mia and Hakon realize their fiery romance may not be enough to keep them alive.

With centuries between them, can Mia and Hakon find a way to cling tightly to love?

The Marriage of Time is the third standalone book in the steamy Called by a Viking series of time-travel romances. If you like sexy Nordic adventures, engaging characters, and heart-wrenching twists, then you’ll love Mariah Stone’s captivating story.

Buy The Marriage of Time to discover a passion that spans history today!

The Surf of Time

Called by a Viking series Book 4

Los Angeles, 2019. Cathy is struggling to find the strength to be on her own. With her fiancé trapped in an irreversible coma, she surfs on his favorite beach unable to muster the conviction to turn off his life support. Suddenly flung centuries back in time, she’s horrified to land in the middle of a Viking war. But her heart nearly stops when she discovers a Norseman who looks exactly like her fiancé.

Wessex, England, 878 AD. Tortured by the death of his wife, Viking Andor Thornsson punishes himself by fighting countless battles. But when a gorgeous woman appears from nowhere and pulls him to safety during a losing skirmish, he fears extreme blood loss caused a hallucination. Behind deadly Anglo Saxon enemy lines, he reluctantly agrees to lead her to his stronghold under one condition: he’s not responsible for her fate.

But Andor can’t help falling for the curvy blonde even though she claims she must return to the future. And as they face bandits and hidden dangers together, Cathy wonders whether she’s attracted to the warrior himself or the stark reminder of what awaits back home.

Torn by painful memories and agonizing loss, can Cathy and Andor heal their broken hearts and make a timeless connection?

The Surf of Time is the fourth standalone book in the steamy Called by a Viking time travel romance series. If you like tormented alpha men, brave heroines, and second chance love stories, then you’ll adore Mariah Stone’s heart-pounding Nordic adventure.

Buy The Surf of Time to enjoy a wave of passion across worlds today! 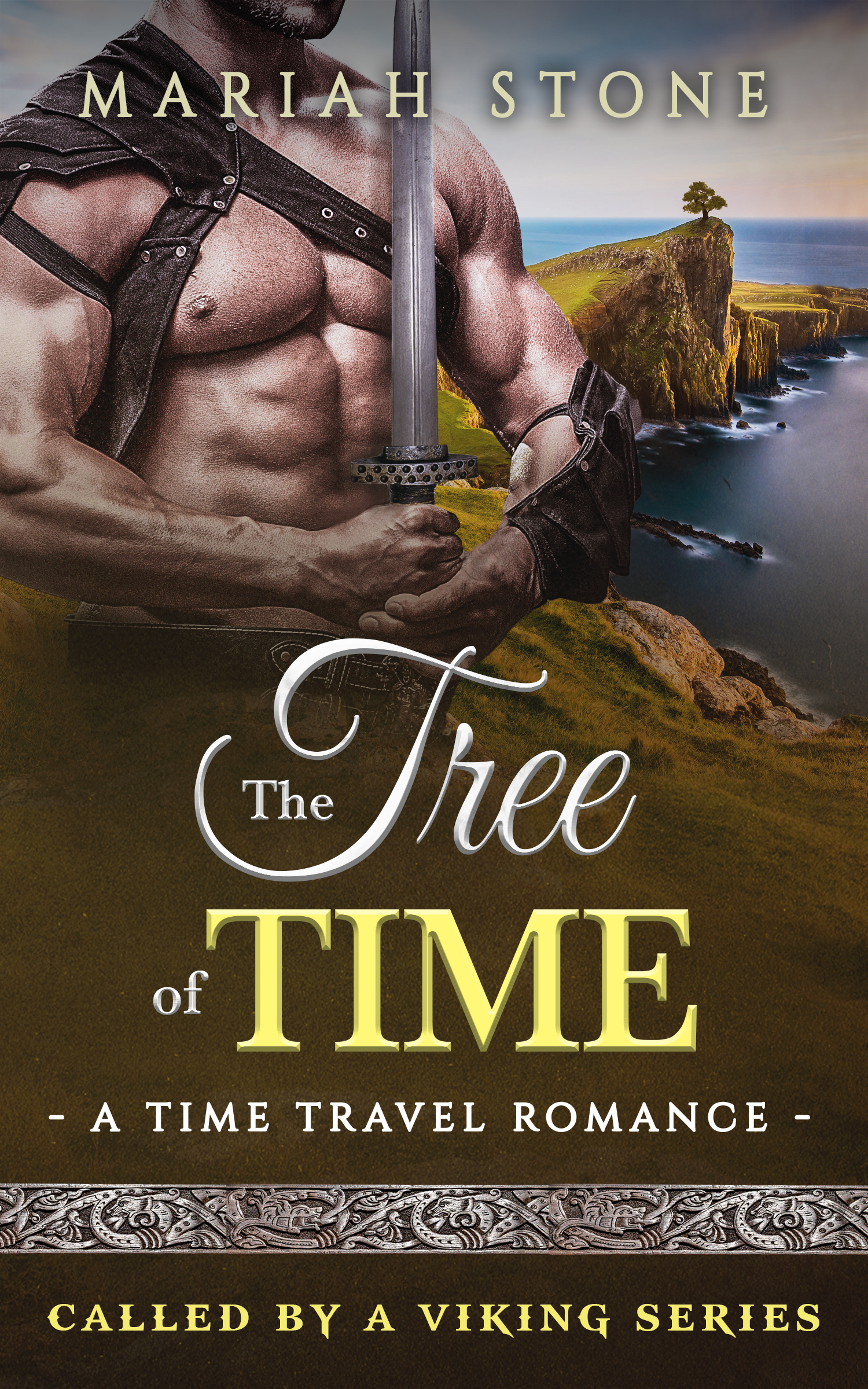 The Tree of Time

Called by a Viking series Book 5

Florida, 2019. Hugely successful CEO Holly longs for a child, and maybe even a man of her own to love. But after dead-end relationships and multiple failed IVF procedures, she’s convinced she’ll be alone eternally. Until hope arrives as she travels back in time and is rescued from sacrifice by a muscular swordsman.

Scotland, 880 AD. Viking warrior Einar remains haunted by his wife’s death in childbirth. But rather than mourn, he must obey orders from his king to rid the Orkney Islands’ colony of outlaws and find a new wife. Though he’s duty bound, he vows never to take another woman to bed…

Desperate to return to the modern world, Holly is torn by her growing attraction to the kindhearted Einar. And when their bond produces a child, the dual dangers of a life-threatening labor and persistent raiders could doom them both.

Can Holly and Einar conceive a forever love across the bounds of centuries?

The Tree of Time is the final book in the emotional Called by a Viking time travel romance series. If you like hot-and-heavy scenes, determined women, and leather-clad warriors, then you’ll adore Mariah Stone’s page-turning tale.

Buy The Tree of Time to watch passions cross the ages today!

Want to stay updated on all latest news, giveaways, and exclusive bonus content? Tell me where to send it